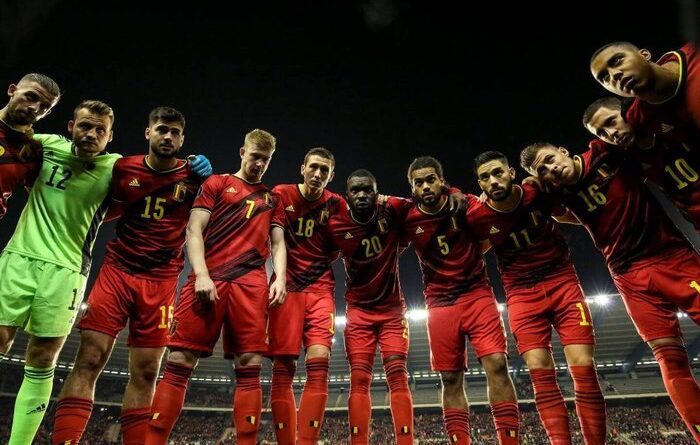 Let’s head out to the Saint-Petersburg Stadium, where Belgium will face Russia in a game from Group B of the European Championship. Here are our best soccer predictions online for this game on Russian soil. We are absolutely sure this is going to be an exciting clash between these two proven sides.

Many pundits name Belgium as one of the favorites to win the European Championship, and this can’t be possibly surprising you. The Red Devils have some of the best players in Europe right now, playing at top teams from the highest level. They also have the luck to be managed by a proven head coach as Roberto Martinez, who was one of the best during his time in England. Belgium has it all – they just have to find the way to win the trophy.

If you have any doubts about Belgium’s quality, you just have to take a look at their performance during the Euro 2020 qualifying campaign. The Red Devils won all of their 10 matches and finished first in the group with the highest amount of points possible – 30. They scored 40 goals and conceded just 3. That’s right – just 3 goals conceded in 10 matches played.

It’s curious that Belgium’s first opponent at the Euro 2020 Russia was part of this group as well. These two teams met twice, and the Red Devils won both of the games – 3-1 at home and 4-1 on Russian soil. This was some dominant performance for sure.

Belgium started their World Cup qualifying campaign with two wins and one draw. Roberto Martinez’ boys took the three points against Wales and Belarus but lost two points during the 1-1 draw with the Czech Republic away from home.

Belgium’s last game was more than impressive as the Red Devils executed Belarus with a 8-0 win in Heverlee. The hosts scored four times in the first half of the game and added four more after the halftime break. Hans Vanaken and Leandro Trossard scored braces for Belgium, while Praet, Batshuayi, Doku, and Benteke also put their names on the scoresheet. This was a terrific performance by the Red Devils despite the fact that Roberto Martinez put some of his biggest stars on the bench.

Speaking of stars, we can’t forget to mention players like Kevin De Bruyne and Romelu Lukaku, who were magnificent for their teams Manchester City and Inter Milan. Both of them won the titles in the Premier League and the Serie A being instrumental for the success. De Bruyne once again dominated the midfield area in most of the games he played, while Lukaku was one of the best strikers in Italy that season.

What to do with Eden Hazard? This is one of the most critical questions Roberto Martinez must find answers for. The winger is usually one of the best players in the world, but things are not going well for him since his move to Real Madrid. Hazard just can’t find himself in the Spanish capital while injuries are also not helping. Don’t be surprised if you see Hazard spending time on the bench during the European Championship. At the end of the day, Roberto Martinez must do what’s best for the team.

Atletico Madrid’s Yannick Carrasco is a player who deserves attention before the start of the tournament. Carrasco proved to be a vital figure for Los Colchoneros during their La Liga winning campaign. The manager Diego Simeone was using him as a starter at most of the time, and Carrasco proved to be very good. He’s an exciting player who can beat his opponent one on one with pace and technique. He’s very dangerous.

Russia will try to repeat their performance from the 2018 World Cup when they reached the 1/4-finals and became one of the best eight teams on the planet. It’s not surprising that Stanislav Cherchesov remained the team’s head coach, so now he and his players will try to do it again.

Sbornaya started their World Cup qualifying campaign with two wins over Malta and Slovenia, but they lost their last official game to date against Slovakia. Cherchesov’s team paid a visit to Trnava, but the game ended with a 2-1 win for the hosts. The right wing-back Mario Fernandes scored for the Russian side, but the visitors’ efforts to get at least a draw was not successful.

In the middle of May, Stanislav Cherchesov announced a provisional 29-man squad for the European Championship. Some of the big names found themselves on the list, although many of the players who made moves to the big leagues are not enjoying as much success as they hoped for.

Monaco’s Aleksandr Golovin is a fine example of this. He’s regarded as one of the most talented Russian players at the moment, but Golovin was rarely impressive since his move to the Ligue 1. At the same time, Aleksei Miranchuk is mainly warming the bench in Italy with Atalanta.

Some of Russia’s main players are aging as well. The veteran Yuri Zhirkov is now 37-years old, while the captain Artem Dzyuba will hit 33 in August. Some might say that Russia needs some fresh blood right now, and maybe they will start looking for it if they don’t perform good at the Euro.

Valencia’s Denis Cheryshev remains a key figure in the Russian team. The midfielder gained some precious experience in La Liga through the years, and now it’s the time for him to be the main man.

That’s our best soccer predictions online for the Euro 2020 fixture between Belgium and Russia from Group B of the competition. Anything but a win for Belgium would be a surprise here as the Red Devils are among the favorites to win the trophy. They already faced Russia twice in the qualifying campaign and won both times against them. This Russian side is aging and lacking impressive talent, so we stick to the Belgians here. Let’s see, though – it’s football, and everything is possible on the pitch.